Yesterday, was Friday the 13th; a day with the longstanding stigma of “bad luck”.  I’ve never been one to give superstition any significant energy.  Life and growing up has taught me that on ANY given day, your luck can be shitty as hell…and on other days, your luck can’t seem to get any better!  I digress; for me, yesterday was a lucky Friday the 13th!  I discovered that I am succeeding at purging some demons that have haunted me since my childhood.

An impromptu reunion with some of my elementary school classmates brought up many memories, emotions, and thoughts for me. I was both, apprehensive and excited about seeing people whom I had not seen in several years, some longer than others.   Backstory: I was one of the fat kids in school, so I was an easy target for teasing, disregard and disrespect…Fast forward to adulthood–the ugly fat duckling has blossomed into a beautiful voluptuous swan.

In my previous post, growing pains, I talked about guiding my daughter on her journey through life.  Last night, I healed from some of my own growing pains.

I made a decision…I decided to let go of the negative feelings that  plagued me during many of my formative years.  I decided to move forward;  and get to know my classmates for who they are now, not who they were then.

For me, last night was a great time!  Mostly everyone appeared to enjoy our impromptu reunion.  There were the usual conversations about what everyone is doing in their lives (i.e. career, family),  laughter, reminiscing and talks about reconnecting again in the not so distant future.

I’m still a work in progress, I still struggle at times.  I do believe in the old saying, that the more people and things change, the more they stay the same.  But again, I’m making a decision.  I’m deciding to focus on the changes  for the better, instead of those same old superstitions. 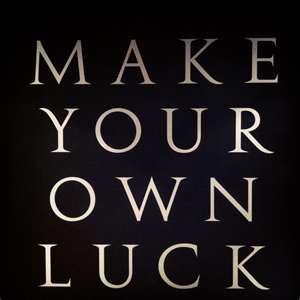 One thought on “Lucky Friday the 13th”